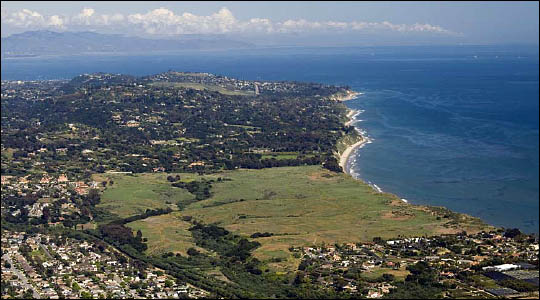 A Different Look At More Mesa … As you all know, we have been experiencing very atypical weather across the South Coast since late spring.  Strong winds, never ending fog, and drizzle are rarely such large components of our weather.  And, of late, heavy rain, with accompanying thunder and lighting have been added to these unusual conditions.  So, in keeping with these strange weather patterns, we present some alternate views of More Mesa; views that are not often seen by most visitors to our favorite place.

We are grateful to photographer Jon Greenleaf for these haunting and engaging images. (Click on an image to see larger version.) 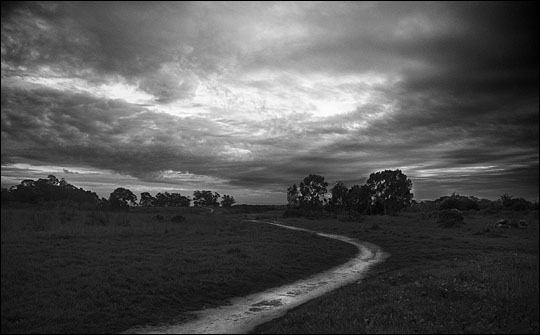 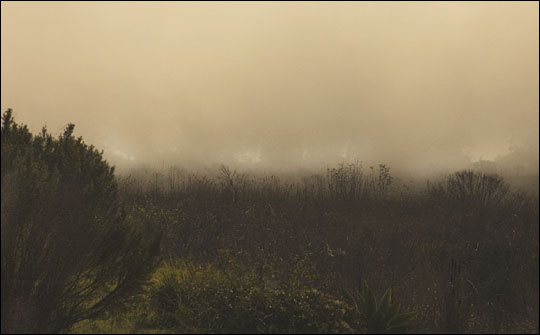 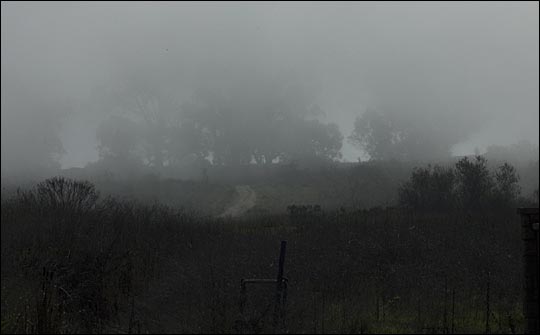 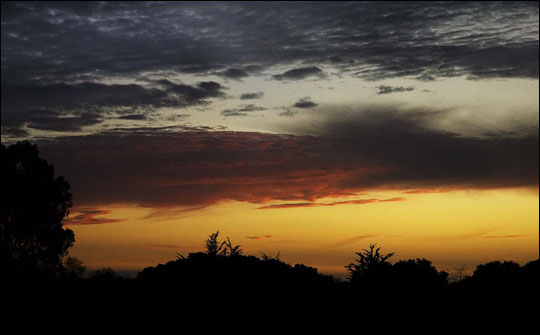 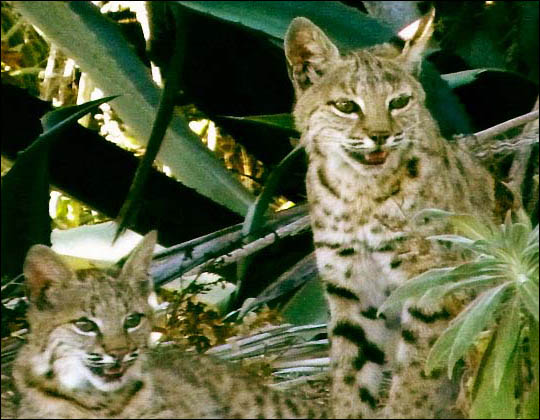 It’s Quadruplets!
Last month we reported the presence of Northern Harrier Hawks on More Mesa … in summer … a most unusual occurrence.  And since early spring, we have also noticed some very atypical kite behavior.  That is, the historical “east” site, with its perching, hunting and nesting areas, has been nearly devoid of kites.  This was very puzzling, as the year-round use of “east” has been documented consistently for many decades.  And, while mating behavior had been observed in late spring at a central location, no confirmation of any fledglings had been reported.

However, we are elated to announce that four chicks have fledged from a nest historical “west” kite site! Given the unusual weather conditions this summer (low temperatures, high winds and extensive fog), it may be that kite hatchings have been delayed this year. (To read more about kite nesting and care of fledgling, please go here.)

Sightings Reports
The fledglings reported above were sighted by several different MMPC supporters; birding enthusiasts who regularly file reports that constitute the large (albeit informal) data base we have amassed on the birds of More Mesa over these past ten years. Of late, we are doubly fortunate, since most of these great reports are being accompanied by photographic documentation.

Because we wanted to share these images with all our supporters, and share them in a timely fashion, we have set up a Flickr account to host images from sightings reports, from now on.  You may access this information here or by clicking on the image below. We would also like to remind everyone that any observer can effortlessly file a sightings report by going to the home page of this web site, and clicking on the button labeled “Birds, Animals and Rare Plant Sightings”.

Finally, many thanks to all of you who go out on More Mesa to observe its bird life, and then take the time to file reports.  This documentation adds immeasurably to both our scientific data base, and our enjoyment of the bird treasures in this wonderful area. 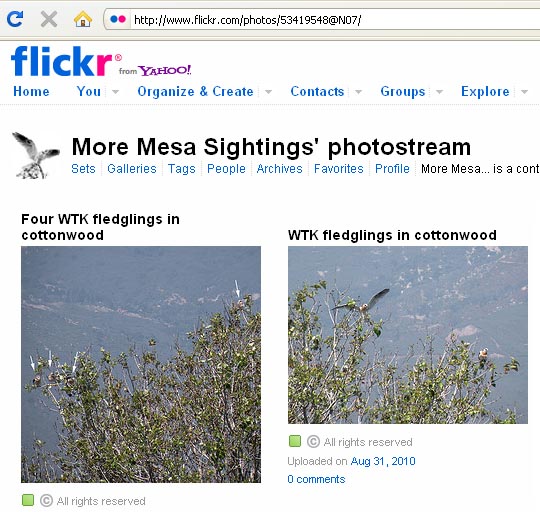 People
The More Mesa Preservation Coalition is pleased to announce that Dan Gira has rejoined the Board of Directors of the MMPC.  And, in addition to being a Board member, Dan has agreed to assume the post of Vice-President as well.  Welcome back Dan!

Birds
Although we do not have our regular winter raptor visitors to enjoy at this time of year, there are still many beautiful and interesting birds to observe on More Mesa.  We have had several reports of a Peregrine Falcon, on and near the coast, sightings of Blue Grosbeaks and two recent reports of a Harrier Hawk as well.  And, while Peregrines and Grosbeaks are summer species on More Mesa, it is most unusual for Harrier Hawks to be observed at this time of year. Look for these and other rare birds during your visits to More Mesa.  And, be sure to report them by clicking on “Birds, Animals and Rare Plant Sightings” located at the bottom right hand side of the home page of this web site.  Sightings reports are very important because, while anecdotal in nature, they represent an extensive data base, that has been, and will continue to be, used as credible evidence for the existence of the various special species that live on More Mesa. 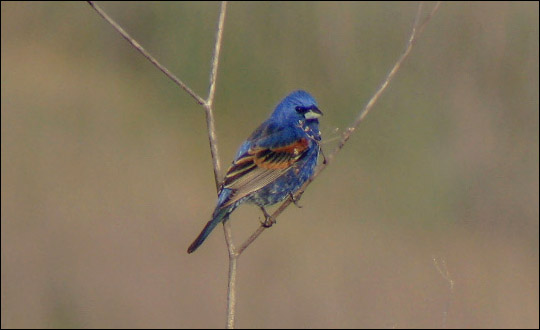