Since the Gap Fire has greatly heightened our awareness of fire, we are taking this opportunity to present a final update of plant recovery from the fire that broke out on More Mesa almost exactly a year ago.  That fire was described in our August 2007 News.

Also, we previously presented an interim update concerning recovery of the fire area in our February 2008 News.

To gather information on recovery, MMPC routinely monitored the five-acre burn area, from September of 2007 until June of this year. Specifically, we were interested to see how both native plants, as well as invasive plants, were recovering, or colonizing, after the fire.  To do this, we observed and annotated what was happening in specific areas of the burn, and photographed the changes in different trees, shrubs and ground cover.

The Good News:  While many natives reappeared, the recovery was slower than that of the invasive species.  However, winter rains in late January benefited native plants in that:

In addition, many native wildflowers such as lupine, poppy and owl’s clover were seen in, and near, the burn area. 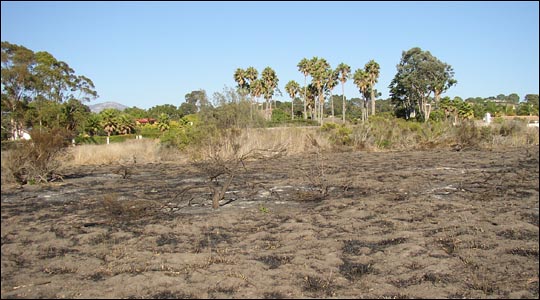 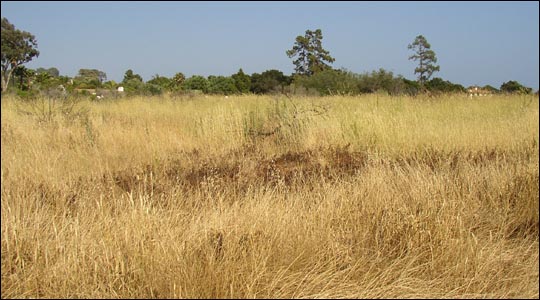 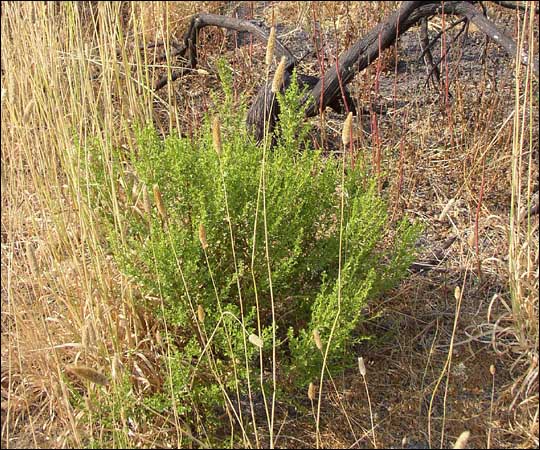