The owners remain quiet on any development plans so we are continuing to build our Defense of More Mesa campaign fund (you can contribute by visiting the home page of our web site) and ensuring that the land is protected and maintained … see “How You Can Help”. Thank you for your interest.

Q: Who does the legal work for MMPC to help protect More Mesa?

A: The amazing EDC.
We are extremely fortunate to have the Environmental Defense Center representing us in all our legal matters. EDC, organized as a nonprofit corporation, provides legal counsel to other non profit organizations, and is the only such public interest environmental law firm between Los Angeles and San Francisco. 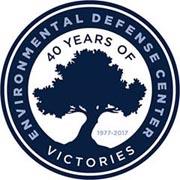 Historically, EDC has been involved in efforts to preserve More Mesa since 1979, a mere two years after they were founded. During that time they have represented four different More Mesa organizations, with MMPC being the latest. In particular, Linda Krop of EDC has been our counsel for the entire 17 years we have been around and represented us, in exemplary fashion, in every legal issue we have had. Thank you Linda!

In early June, EDC celebrated its 40th Anniversary. As part of the festivities, all attendees were asked to vote on their favorite victory from EDC’s four decades and many triumphs. The EDC newsletter about this event reports: “One of the best moments of the day came when the winners were announced; three huge, multi-year efforts that are truly representative of so much that EDC has fought for.” Two of the three top winners were campaigns for preservation of open space: specifically Ellwood Mesa and the Carpinteria Bluffs.

MMPC looks forward to adding More Mesa to this impressive list and is certain to accomplish our goal with EDC beside us. 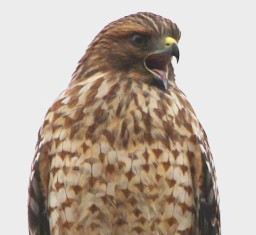 As summer is fast upon us, it is time for young birds to strike out on their own. We currently have a wonderful example of this in a juvenile Red-shouldered Hawk that has been spending lots of time flying over the northeast corner of More Mesa. Red-shouldered Hawks tend to soar over forests or perch on tree branches while hunting for prey; small mammals, amphibians or reptiles. And although these birds are found in thicker forests over wide areas of the U.S., those in the west are typically found in riverside forest, oak woodland and sometimes in eucalyptus groves. In fact, populations in California are often more visible, as they successfully adapt to our more open habitats.

And on a fun note, the Red-shouldered Hawk has a much less vocal, but much more common cousin, who also lives on and around More Mesa, the Red-tailed Hawk. You are not likely to ever hear its cry on More Mesa, but you have heard it hundreds of times in your life. Very reliable sources attest to the fact that Hollywood did not think the call of the Bald Eagle, America’s National Bird and the one usually associated with eagles, was majestic enough for their taste. So they substituted the “soaring” call of the Red-tailed Hawk and this call, and not the Bald Eagle call, is the one most movie-goers think is a Bald Eagle!

The Past – The End of the Monarchy

When we left the Monarch of More Mesa in our last issue, he had succeeded in getting himself appointed “Administrator” of his brother Alex’s estate. With this bit of skullduggery, he began a

frantic two year process by which he systematically swindled his relatives out of many of the assets of the estate. In 1896, when finally, and legally, removed from his “Administrator” position, he had successfully appropriated $80,000, which a San Francisco court ordered him to pay back to the estate. But More did not have the $80,000, as he had been losing heavily in Nevada mining stock promotions. So, in order to comply with the court order, King John gave up his 1/8 interest in Santa Rosa Island. In 1901, the remaining heirs sold their interest in Santa Rosa to Vail & Vickers who ranched on the island for more than a century, until the island was officially made a part of Channel Islands National Park in 2011.