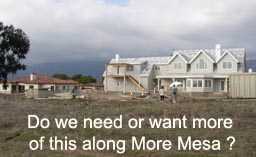 BACKGROUND: The Hacienda Vieja (HV) Project is located adjacent to the northeast corner of More Mesa on Vieja Drive. As proposed by the developer, Jack Maxwell, it consisted of four extremely large houses … all two stories high. With Planning Commission direction, all houses were made slightly smaller. However, two structures remain two stories high. Because the More Mesa Preservation Coalition (MMPC), as well as the community, is extremely concerned about the proliferation of large, inappropriate two-story houses on the edge of More Mesa, the decision has been appealed to the Board of Supervisors.

MMPC believes it is time to take a firm stance toward reversing this alarming trend. We hope you will stand with us … for More Mesa and its future. 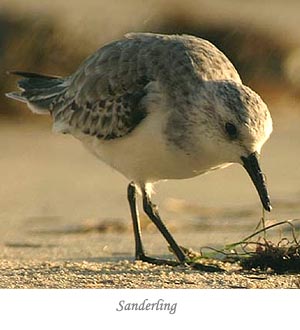 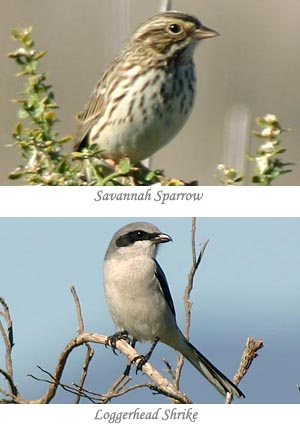