On the bright side … Although the drought has increasingly occupied our awareness over the past three years, there are a few bright lights to mention on More Mesa this month. In a previous issue this year we talked about various wildflowers that have been seen … not in great abundance, but they are around, and they are still around. For example, on one recent “magic” weekend, and much to our surprise, we recorded not only Blue-eyed Grass, Sky Lupine, California Brittlebush, Coastal Poppy and Coast Morning Glory, but also some aggregations of Owl’s Clover, a comparatively rare species for More Mesa. (To view all of More Mesa’s wildflowers click here.)

In addition, and on that same weekend, More Mesa opened yet another of its treasure chests; one filled with butterflies. We were delighted by six different butterfly species; including one that had never been observed on More Mesa before; the Funereal Dusky Skipper. Although some of those seen (Dainty Sulphur, Anise Swallowtail and Lorquin’s Admiral) were in relatively small numbers, there were hundreds of Common Buckeyes and Northern White Skippers. (To view More Mesa’s butterfly treasures click here.) 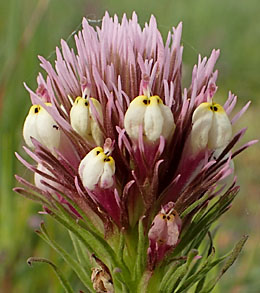 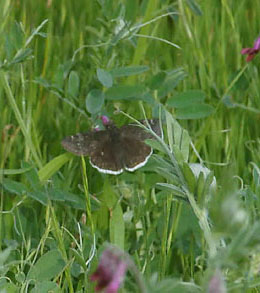