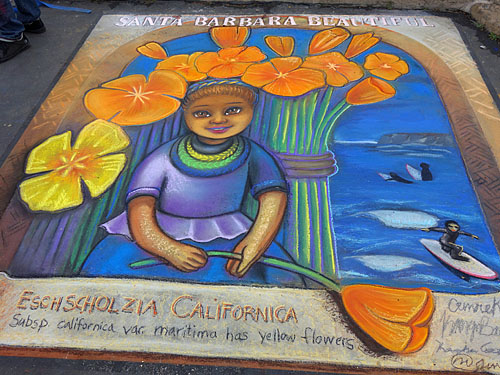 This past spring More Mesa provided an amazing wildflower show, especially given the severe drought we are experiencing. And when one thinks of wildflowers, one species in particular often comes to mind.  It is the epitome of wildflowers to many Californians and our state flower, the California poppy, Eschscholzia californica. So popular and attractive is the species that numerous cultivated varieties of it now exist, some even developed by the famous horticulturist Luther Burbank.  Its beauty and popularity has led to its widespread introduction around the country and the world; in some areas it has become an invasive species.

The genus is something of a tongue twister, named in honor of J.F. Eschscholtz, the surgeon and entomologist on a Russian exploration ship that visited the California coast in 1816.  But as difficult as many people find the genus of Eschscholzia to pronounce, it seems that getting to know the local coastal poppy has even been harder.

The more diversity a given region has in terms of its micro-climates, soils, and other variables, the greater the likelihood that there are organisms with unique genetic constitutions, that is genotypes, of the native plants that occur there. The Santa Barbara region is rich with such micro-climates and diversity, and those place-specific genotypes are exactly what UCSB’s Cheadle Center for Biodiversity and Ecological Restoration (CCBER) restoration staff seek out for use in campus restoration projects.  No, not any plant will do! Unfortunately, obtaining local material is not as simple as placing an order.

To obtain poppy plants for restoration project, CCBER staff ideally tries to collect from within those watersheds that flow into the Devereux and Goleta sloughs.  More broadly, they limit collection to within about 10 miles of campus along the coast, and to within a few hundred feet of elevation above sea level.  Anything within that general distance from UCSB’s natural areas is considered a local genotype. The coastal variety on More Mesa exactly fits the bill! 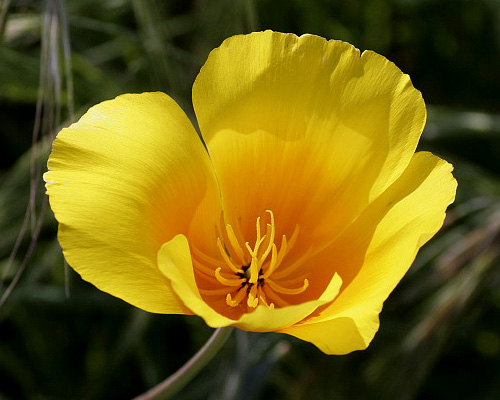