Bobcats On More Mesa
Some of you may have seen the marvelous photos of Bobcats taken recently on the Douglas Preserve.  And, we are most pleased to report both evidence and a sighting a Bobcat on More Mesa as well; scat was reported on the west side and an animal was seen near Atascadero Creek on the east side.

Although sightings are relatively rare, we have had several Bobcat visitors in the past, and even multiple reports of a breeding pair with young.  Thus far, we have no images for the 2014 reports.  However, we can share an earlier photo of a bobcat on More Mesa in June of 2008. 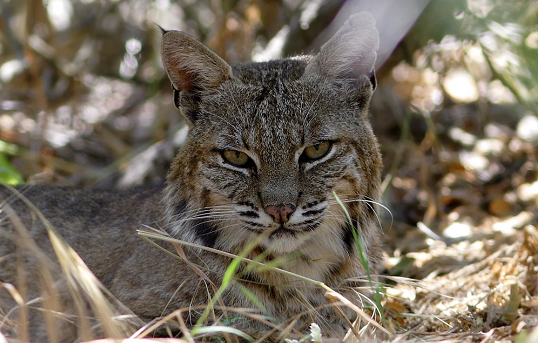